San Vito al Sele and the Churches in the Plains 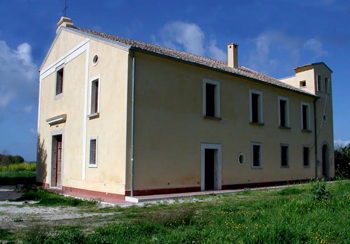 Almost at the center of the Plane of the Sele, in the district of Santa Cecilia, is the church of San Vito al Sele, mentioned among the oldest in the region. It was built to collect, preserve and venerate the mortal remains of Saints Vito, Modesto and Crescentia, martyred in Rome under Diocletian. The oldest news of the church of San Vito al Sele is dated 1042 when it was reported among the assets of the Salernitan Church. In 1080 Robert Guiscard, prince of Salerno, through the intercession of his wife Sichelgaita confirmed to Archbishop Alfano the goods that the Church of Salerno had in the territory of Eboli: "ecclesiam S. Viti de Silare court cum et silvis et pertinentiis ipsorum". During Holy Pastoral Visit in the year 1585 by the Archbishop of Salerno, the church was visited and was excellent condition. The church was renovated in the years 1632 to 1636: repairs were also carried out in 1715 to the walls, the roof, the front door and landscaping. Again in 1846, when the “Decurionato” of Eboli resolves that the donations made in 1837, in the time of cholera, to be converted to money spent on repairs of the roof, walls and altar. In 1929 the magnificent altar that we can still admire was built. The Archbishop of Salerno Mons. Demetrio Moscato on Oct. 1, 1957, moved the parish of San Nicola de Schola Graeca to San Vito al Sele. In 1974 the parish is moved from the ancient church of San Vito al Sele to the center of S. Cecilia.

The Church of St. Joseph all'Aversana, is located in the Aversana district bordering the town of Battipaglia and was built by the Genovese family of Olevano Romano at the beginning of 1600 or even earlier. The style of the church is the Baroque. In year 1739 the chapel was enlarged with the addition of two altars. In 1739 two paintings by an artist from Naples were acquired, which are now on display in the parish church of St. Joseph and Fortunato, in Aversana. In 1865 the land of the Genovese, including the Church, go to the Farina family. In the 1900s the Church which had been inherited by the bishop of Troy, Msgr. Fortunato Farina, was donated to the Archbishop of Salerno..

The Church of Santa Cecilia is located in a town of the same name. It's construction year is unknown. The first document that mentions it is of 1161, but already in 1095 there was a place called Santa Cecilia. The church is restored by Cardinal Antonio Carafa, perpetual abbot of the Abbey of St. Peter the Apostle of Eboli. The Church is then completely rebuilt in 1733 on top of the existing one by abbot Mario Mellini. Since its construction, the church was always Benedictine until 1744 when it was given along with its land in perpetuity by Pope Benedict XIV, to the College of the Chinese, now Oriental Institute, founded by Father Matteo Ripa. Currently it is still property of the Oriental Institute and it is not open for worship. 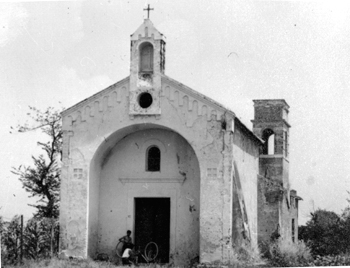 The church dedicated to St. Berniero, Spanish patron saint of Eboli, is located in the Arenosola area. The church has a façade with hanging arches. It was built between 1737 and 1739 as stated in the deed of notary Berniero Romano. In 1821 it belonged to the assets of the municipality of Eboli. The church is currently not open for worship. It urgently need repair work as many people want it to opened..