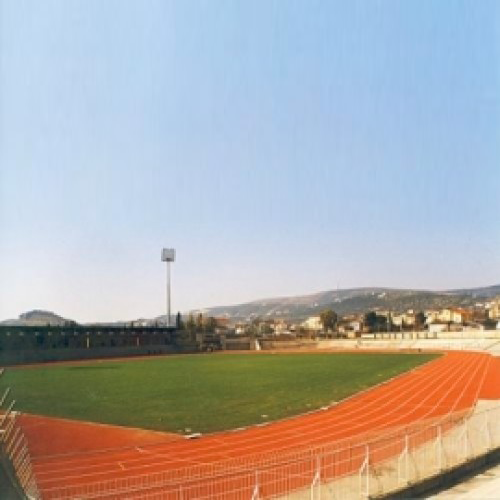 It was launched in 2001 to replace the old Massajoli Stadium and it is dedicated to Josè Guimaraes Dirceu, who was a Brazilian Ebolitana football player from 1989 to 1991 and who died in 1995.

Its shape is elliptical, with only one ring. The central gallery is covered and there is the press-room inside, where TV and radio shootings are done. The stadium also has a 8 lines athletics track, a lighting structure for night events, and a second field where juvenile teams of Ebolitana and Salernitana train.