The ancient center of Eboli has a plant of sixteenth century style with an eighteenth-century town planning. Generally, a closed configuration within walls and internal organization of space dictated by the growth of church buildings and structures of domination, is a typical element of the historical town centers. In this historic context with private and public buildings of various architectural and artistic value, we try to improve and to make known, something that over the years has lost its value. Very often, the wild recovery of minor historical centers turned them into simple furnishings, reintroduced without knowledge of the structures that they belonged to or turned into a window sill or fire place. We are talking about Ebolitan stone portals and to the structures and materials used to produce them. The portals for centuries have always represented the “doorway” to the building that connects the private life to our public one, the direct access to housing or internal courtyards in which daily life takes place. The ongoing research, of which here you get some results in preview, aims to highlight how this architectural element can play both simple functions of use and of representation. From their typology, materials used, from their simplicity to their more complex allegories we can still deduce the standard of living and the importance of the local family who lived in the building by looking at the stone portal. 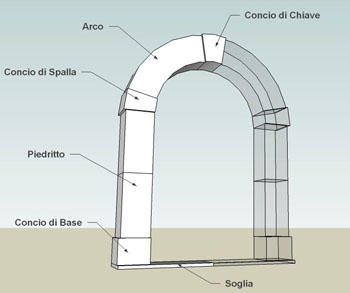 The stone portal are generally composed of: a base stone, piers (divided into two segments with a length of about 1 m, but variable depending on the height of the opening), shoulder stone, arch and a quoin. This formation however is of classical style, an example of a typical labour of the area of interest in which workers had embraced the basics of building. 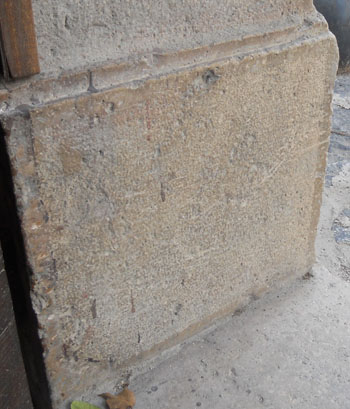 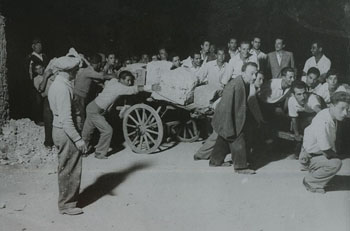 The material used for the construction of the portals is the typical stone of eboli (now no longer extractible). It has good workability and resistance, it is of limestone nature and was quarried mainly in the San Cataldo district of Eboli. It is light colored and because it is no longer available restorers us travertine to replace it. The stone work began with an initial squaring and formation of the segments. Subsequently the stone-cutters worked on the outer faces, creating a smooth border of approximately 2-3 cm and a broached effect in the central part of the face. Frames were created at this same time. Finally, the more important portals were decorated as the client required.

Analysis of the Area
Research has analyzed the types of portals, starting from the classical and humble configuration that can be found on the main roads up to inside of micro hamlets. The classic portal is without decoration and consists mainly of piers, shoulder stone and ashlar arch. 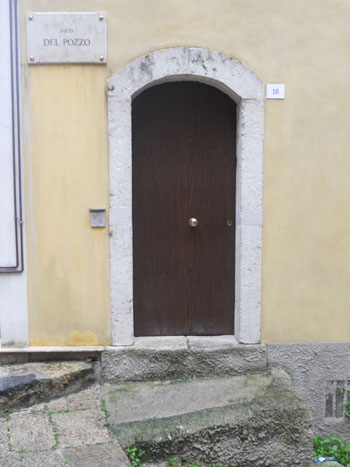 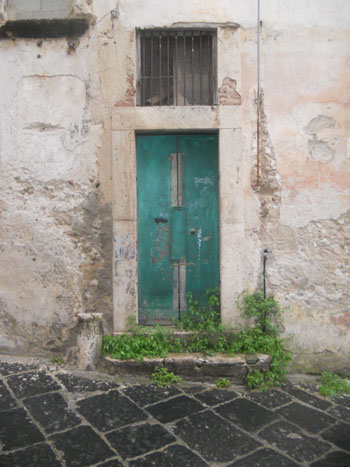 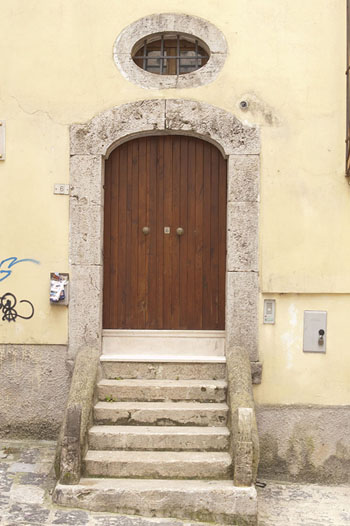 From the classical formations in which the number of blocks or the type of shapes can vary, you can find elements that fully characterize the arc, and by the study of them it is possible to deduce the functions that went on inside. For example, in Via F. La Francesca the editing of the piers indicated a change to make the cart fit through to the inside. 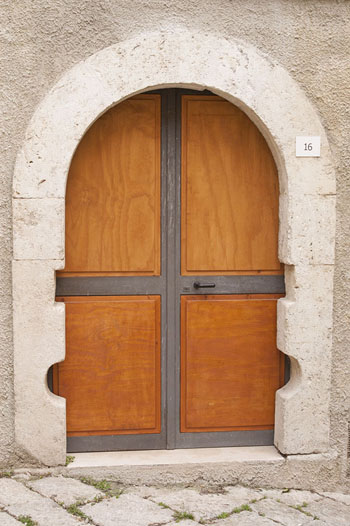 From this same period we see the appearance of modest decorations on portals and building which did not necessarily belong to noble families. These decorations were mainly floral representation or geometric incisions. 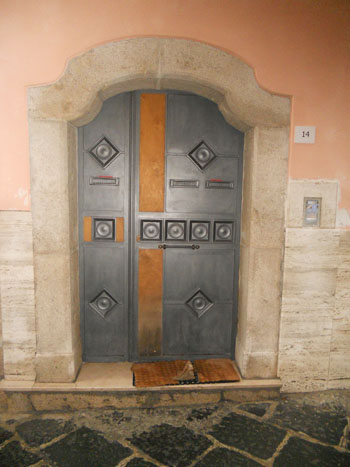 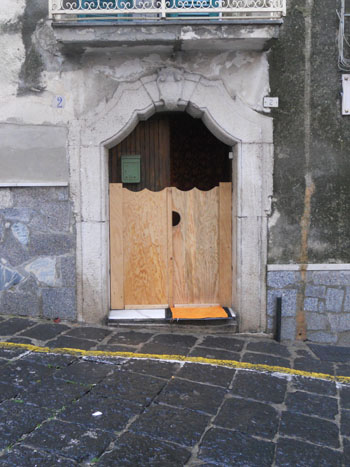 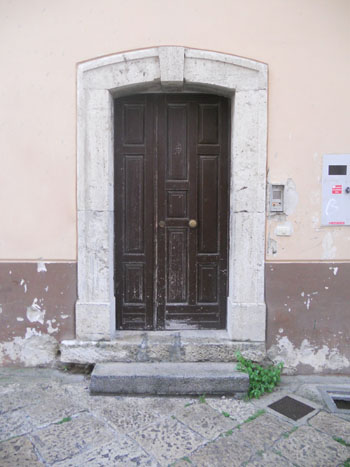 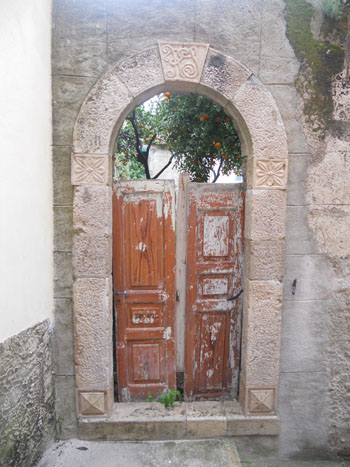 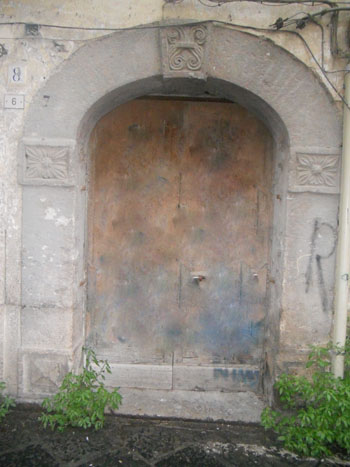 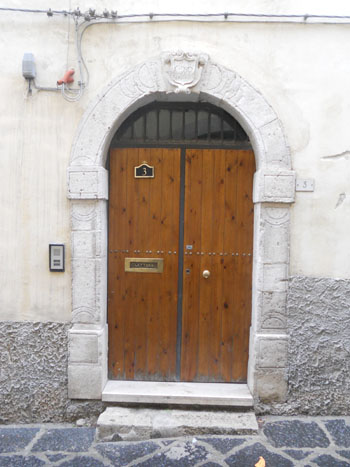 The inscriptions which can be found on some portals are of high interest. For example, the word "Parva sed apta mihi" on the key of the portal from 1777 in via Francesco La Francesca, or the one on Marcangione palace which says "si deus pronobis quis co(n)tra nos”, especially because of the correction of the engraver of the added letter (n). 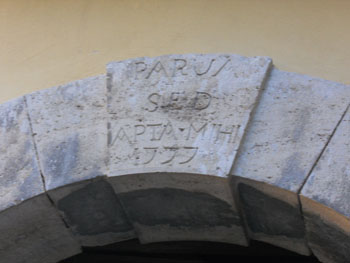 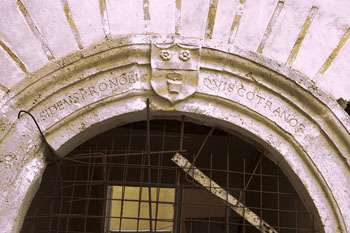 Another more rare type, is the one with lintels in stone quoins joint at double angle. This type of inclination was used to improve the mutual contrast of the stone blocks. An example of this is the portal of the Martucci Palace in Via Castello where in addition to the peculiarities of the structure the ebolitan stone processing is also interesting with embossing and the coat of arms. Another element found on a single portal - that of Zuccaro Palace in via Don Paolo Vocca 2 - is the embossing with diamond tip. At this portal, unfortunately, the family crest "accidentally removed". 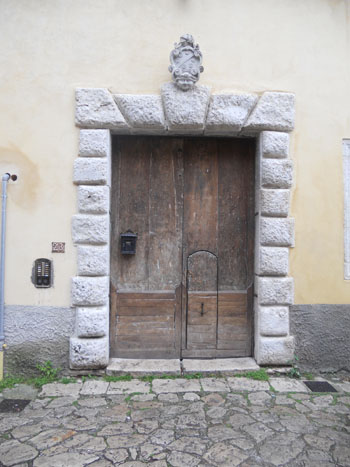 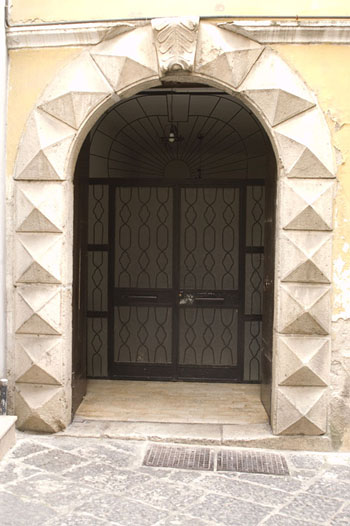 Other buildings, also belonging to noble families of Eboli, have a greater sophistication of the decor that emphasize the existence of a common school in the area, which gave way to particulars such as twirls, floral decorations, small allegories and symbols animals or monsters. Generally these portals look out on the main roads and are larger than other portals. This again shows the difference in importance of local families. Some portals have predominant decorative elements, with round frames and moldings, they are very elegant and well placed in the environment, a sign of respect to neighboring buildings. In the images that follow some of them they are also shown to indicate the stylistic growth gained over the years. 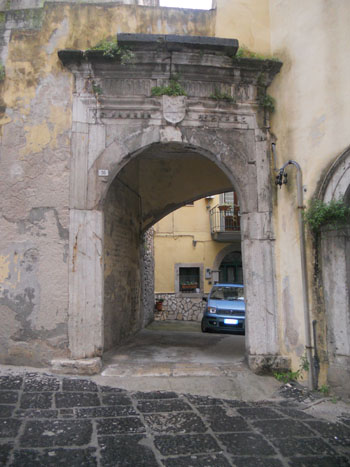 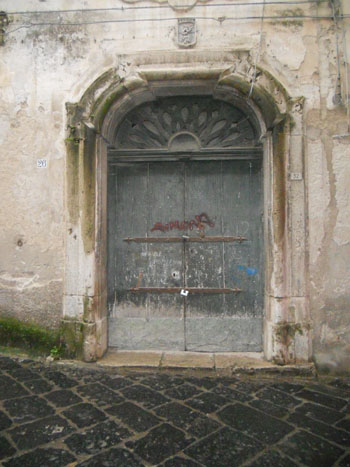 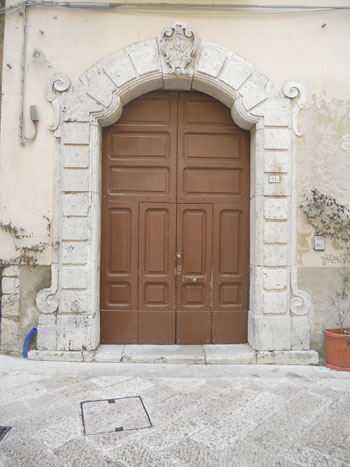 Here are some portals, rich in decorations similar to others from the beginning of 1700. From the photos we see the strong contrasts with the new roads paved around them. 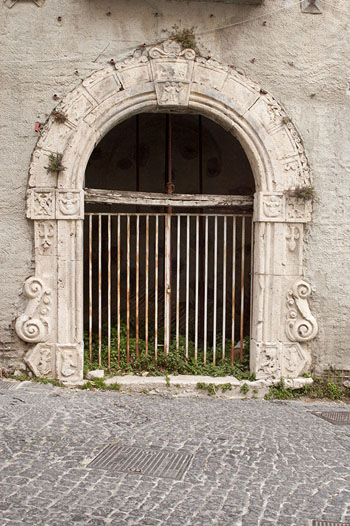 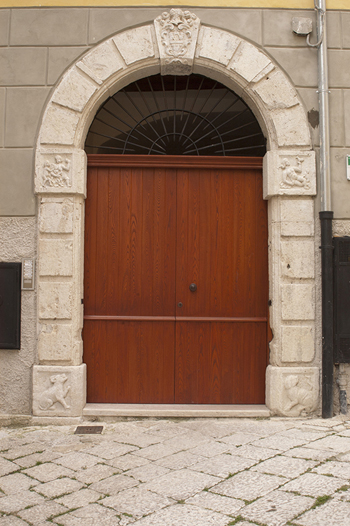 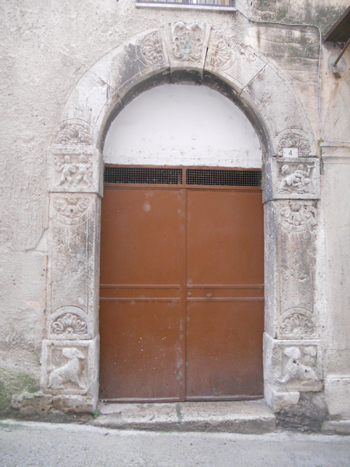 Common features of these portals are the decorations and allegories present on them. They are simple representations like dogs, rabbits, lions, doves, mermaids or depictions of children with animals or women with children, but realized with skilled care and detail that still today they allow easy reading of the image. The table below illustrates the elements found and analyzes them in terms of iconography.

Degradation factors of the portals

Portals are works located in front of "building and are therefore exposed to rain, wind and temperature changes, pollutants in the air. These are all factors that affect, even deeply, the physical characteristics of the material they are made of. Currently the deterioration of these architectural elements is caused by two main factors: changes in heat and humidity and bio-deteriogens. The absorption of water and subsequent formation of salts that crystallize causes the splitting of the weave both on the exterior and the interior of the stone elements. Temperature changes, typical of our climate, cause the expansion and contraction of the mineralogical components of the stone resulting in chipping of the stone. Especially the alternation of freezing cold periods to warmer ones can cause the exfoliation and detachment of surface crusts. The development of bio-deteriogens is favored by the presence of light, oxygen, carbon dioxide and water. For example, algae are micro-organisms that penetrate inside the stone, creating micro cracks and weakening the structure of the stone. The lichens and mosses instead have a more corrosive effect. 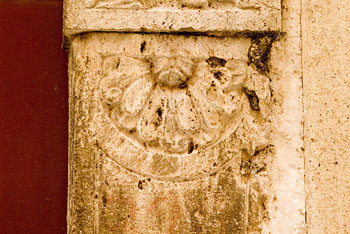 Finally, a common phenomenon of deterioration is the formation of vegetation between the joints portal stones, causing splits on the stone surface. The presence of vegetation on the portals at Eboli is a phenomenon of degradation that affects many palaces even the more important ones such as those of nobility, for example Paladino La Francesca or Campagna. 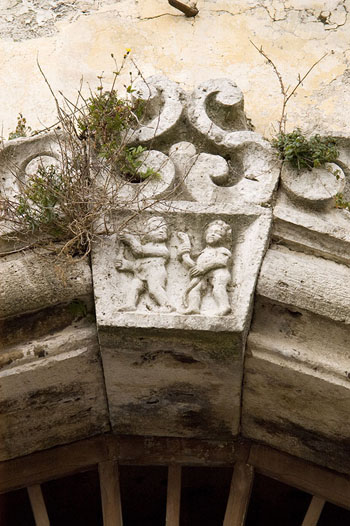 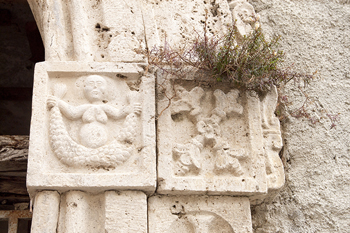